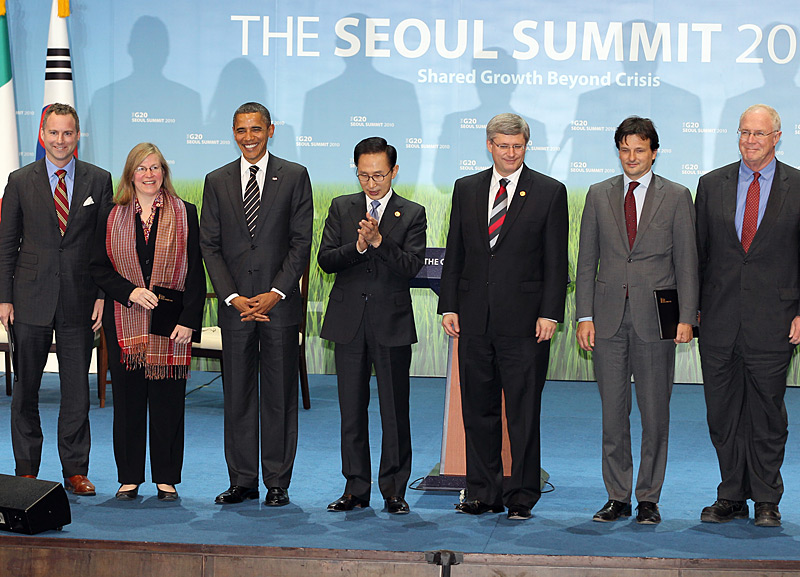 Incepted five years ago by KfW Entwicklungsbank (The German Development Bank), the European Fund for Southeast Europe (EFSE) was awarded first prize at the G-20 summit in Seoul, receiving by far the most votes during a world-wide election in early November. With this award, the innovative, crisis-resistant fund model for financing small and medium enterprises (SME) has received one of the highest credentials possible. Despite the global financial crisis, the fund has been able to successfully raise private capital, which has subsequently been distributed, quickly and unbureaucratically, amongst more than 60 partner institutions in 14 transition and developing countries for the financing of investments by local SME. The award acknowledges the fund's track record in terms of establishing a financing infrastructure for SME and the creation of some 215,000 new jobs since its inception. "Our thanks go to all those voters who selected our concept, and we would also like to specifically thank our partners for the trust they placed in us. We are committed to doing everything in our power to efficiently and sustainably support small businesses in transition and developing countries in order to put them in a position where they are able to help themselves," said Dr Klaus Glaubitt, Chairman of EFSE's Board of Directors, when commenting on the award.

The award is linked to the provision of capital for the realisation of the concepts submitted. In fact, the Canadian Prime Minister, Stephen Harper, already promised capital totalling USD 20 million at the G-20 meeting in June. What's more, additional donors have also indicated their support for the most innovative concepts. The concept of long-term local-currency funding of SME presented by EFSE as part of the "G-20 SME Finance Challenge" was chosen as one of the 14 best and most creative approaches from a total of 345 submitted funding concepts. Monika Beck, head of the Competence Centre for Financial Sector Development at KfW Development Bank, stressed: "At EFSE, we have been working for quite some time now on the further provision of long-term refinancing capital in local currency, as this approach removes a considerable obstacle to investments by small businesses. The capital linked to the award, leveraged through private donors, will significantly advance this goal."

In the EFSE countries there is not only a need for long-term loans but, more specifically, for loans in local currency that protect the end-borrower against potential currency risk. By 2014, EFSE plans to financially support 400,000 micro and SMEs across 14 countries via its partner financial institutions. A further 10,000 businesses will benefit from the local currency investment window. Drawing on a total loan volume of EUR 2 billion, it is intended to create a further 400,000 jobs by 2014. In addition, it is intended to expand the investor base by attracting additional public and private investors into the fund.

About the European Fund for Southeast Europe (EFSE)

EFSE aims to promote the economic development in Southeast Europe and its neighbouring regions. In these regions, EFSE offers long-term funding for qualified local financial institutions. This allows the granting of business loans particularly to smaller but also to medium-sized enterprises (SME) as well as housing loans to low-income private households. KfW is the initiator of the fund, which is based on a public-private partnership model. The capital stock is provided by public donors and international financial institutions as well as institutional private investors. EFSE's investors and shareholders include the European Commission, the German Federal Ministry for Economic Cooperation and Development (BMZ), the governments of Austria, Switzerland, Denmark and Albania, KfW, IFC, FMO (Netherlands Development Finance Company), the European Bank for Reconstruction and Development (EBRD), the European Investment Bank (EIB), Oesterreichische Entwicklungsbank (OeEB), Sal. Oppenheim and Deutsche Bank. The fund is administered privately by Oppenheim Asset Management Services and Finance in Motion GmbH as fund manager and fund adviser, respectively. The investment activities of EFSE are supported by the EFSE Development Facility, which provides funding for technical assistance, consulting and training to partner lending institutions as well as awareness raising and market enabling activities.
Media contacts
European Fund for Southeast Europe
Samir Djiki?
Tel: +49 (0)69 / 977 876 50-26
E-mail: press@efse.lu
Back