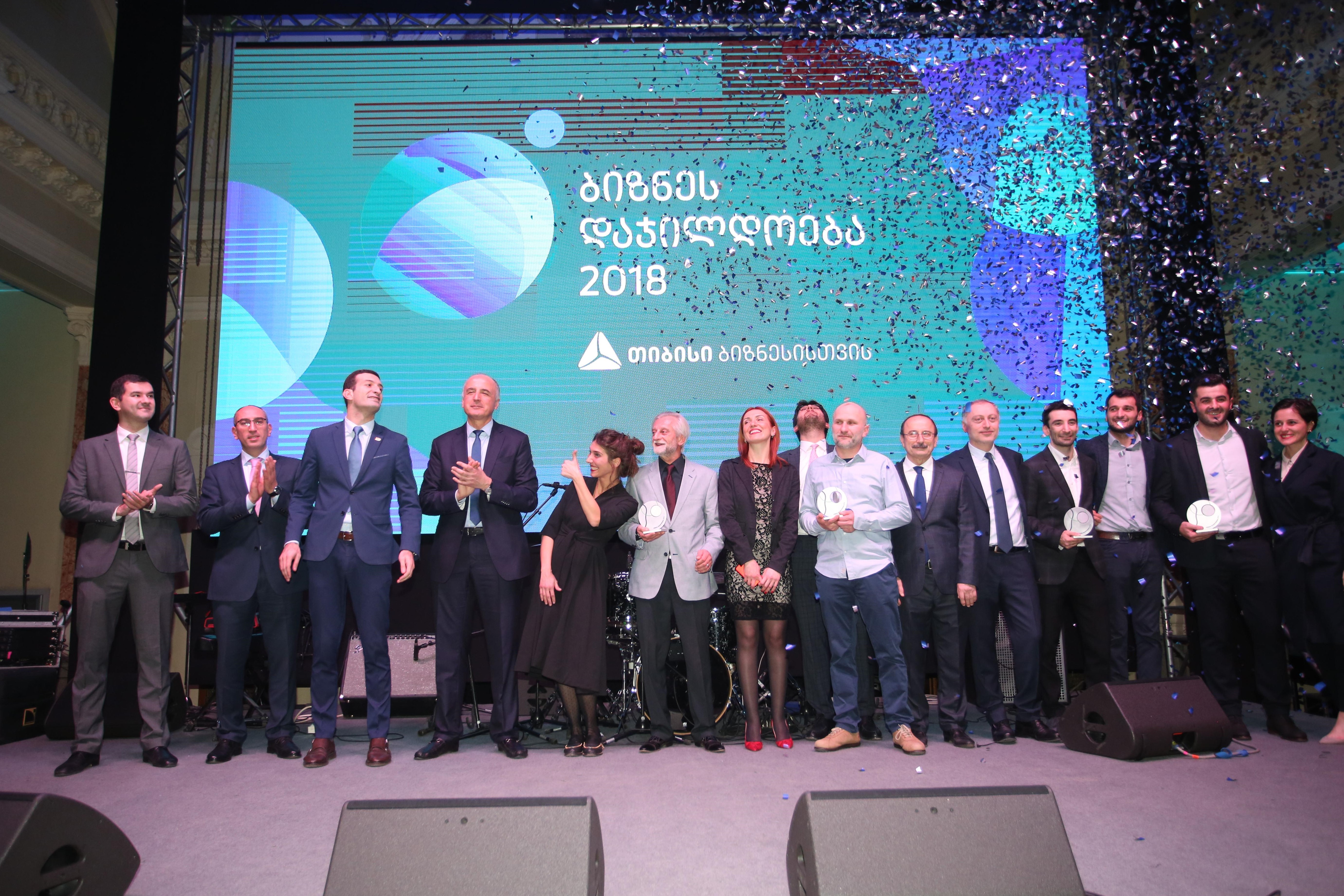 Tbilisi, 14 February 2019 – For the third consecutive year, Georgian micro, small, and medium enterprises (MSMEs) took the stage in Tbilisi at the close of 2018 to compete in the country’s most prominent business tournament: the TBC Business Awards. Selected by a jury of industry experts, six winners received nonfinancial support and tangible prizes to accelerate their development in this high-profile national competition to showcase Georgian entrepreneurs.

Hosted by TBC Bank and the Development Facility of the European Fund for Southeast Europe (EFSE DF) together with other sponsors, the TBC Business Awards were the culmination of a four-month tournament involving 344 participating MSMEs from around the country, including rural areas. Eighteen finalists were assessed according to six categories, two of which were new: "Women Entrepreneur of the Year” and "Social Impact Award”.

Business of the year: Gross Energy Group
Gross Energy Group offers engineering-consulting services, envisaging the development of any project from the conceptual stage through its implementation, including both technical and legal aspects.

Georgian product of the year: Gepherrini
Gepherrini launched its production of bags in Georgia in 2014, and gradually expanded into wallets, belts, accessories and shoes. The manufacturer currently exports its products to 9 countries.

Woman Entrepreneur of the Year: Santa
High in the mountains, Santa produces different sorts of local cheese using its own raw materials and according to high standards of environmentalism.

Social Impact Award: Geo Mulch
Geo Mulch is the only mulch producer in Transcaucasia, covering the bare surface of cultivated soil with ecologically friendly, natural wood-mulch. The product is not only a safe, healthy, and aesthetic soil protection solution, it also has a positive impact on the environment.

Markus Aschendorf, Chair of the EFSE Development Facility, said: "We were honoured to once again host the Business Awards this year together with TBC Bank, a longstanding partner in EFSE’s mission to foster MSMEs in Georgia. It is not only the prizes awarded to the final winners themselves that advance local businesses – the sheer scope and visibility of this tournament catalyse a spirit of entrepreneurship and celebrate Georgian MSMEs on a nationwide scale.”

"The Business Award is a platform which aims to develop the business community in Georgia and support the MSME sector. We are proud to state that during the past three years, the project has unified over 1600 companies operating in Georgia. The Business Award 2018 was special, as this year, we introduced service awards for winner companies, with help of our longstanding partner EFSE. These awards are meant to help these companies develop their business processes further and increase their brand awareness,” said Nikoloz Kurdiani, Deputy CEO of TBC Bank.

Watch the video of the awards here!